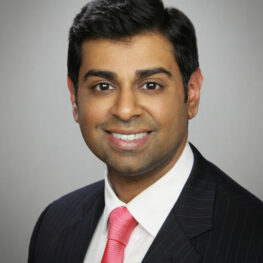 National collaboration, determination and emergency FDA approval of a new heart device led to a lifesaving procedure only done once before in the U.S.

Donald Dixon, an 82-year-old Tucson man, spent much of last year hospitalized because of internal bleeding caused by blood thinners to treat atrial fibrillation, an irregular heartbeat that can lead to blood clots, stroke and heart failure.

He said he was between a rock and a hard place – basically having to choose between not taking blood thinners and having a stroke, or bleeding out because of the blood thinners. “It was tough for me,” he said.

Dr. Neil Gheewala, one of the leaders of the Structural Heart program at Tucson Medical Center, initially thought he would perform a Watchman procedure to seal the left atrial appendage of Dixon’s heart, but there was a problem.

“The Watchman is an excellent procedure and is very safe,” Dr. Gheewala said. “The problem is they only come in certain sizes and this man’s appendage was bigger than the biggest device.”

With his connections to researchers across the country, Dr. Gheewala knew that his mentor and Henry Ford cardiologist, Dr. William O’Neill, along with Dr. Brian O’Neill and Dr. Dee Dee Wang, had successfully implanted a new device in a patient in October. The LAmbre device is similar to the Watchman, but comes in larger sizes. It is currently being used in Germany and China, but hasn’t yet been approved in the United States.

For a device to be approved in the U.S. it has to undergo rigorous clinical trials with surveillance of safety and adverse events. In this particular case the FDA had recently approved the CORRAL trial to investigate the use of LAmbre in patients with large left atrial appendages that could not be closed by Watchman.

“I need something sooner.”

Since the device was scheduled to start clinical trials in the summer, Dr. Gheewala told Dixon he would reach out to him when the trials went live.

“This was in December,” Dr. Gheewala said. “He came back a few weeks later and said ‘I bled out two more times and had to get more blood transfusions.’ I need something sooner. I may not be here in six months.’”

This prompted Dr. Gheewala to seek emergency approval from the FDA.

“We had limited studies and data from Europe and China that were published in Journal of the American College of Cardiology, however we always have to question the adjudication of safety of new devices,” Dr. Gheewala said. “In this instance we had no other commercially available options for the patient so we had to seek permission from the FDA ahead of the trial to implant this device.”

After talking to Dr. O’Neill and TMC leadership, Dr. Gheewala sought “emergency compassionate use” through the FDA. It was a three-month process, but Dr. Gheewala was able to get approval for Dixon.

During the procedure, physicians from Henry Ford, Stanford and University of Pittsburgh watched to add guidance and to learn from it.

“It was a cross-country collaboration,” Dr. Gheewala said. “The procedure was 100% successful. Two hours later Donald had lunch and was laughing. This is monumental and we did it here at TMC. What this patient has done is pave the pathway to show this can be done safely so we can help other people.”

In addition to the national collaboration it took to make this happen, a whole team at TMC contributed to the success of this procedure.

“It takes a village to do what we do and to do it well,” Dr. Gheewala said. “I’m very grateful to all of the nurses and cardiac technologists, Dr. Kevin Evans from Cardiac Anesthesia, our research coordinator, Natalia Elias Calles, and structural heart nurse navigators who worked really hard to make this a safe procedure.”

A new lease on life

Dixon is excited about getting back to his life and excited that his willingness to have the procedure will help other people in a similar situation.

“I feel like I’ve got a whole new lease on life,” Dixon said. “It’s only been a week and I’m out and about, and doing jobs from my wife’s job jar. I feel a lot of gratitude for Dr. Gheewala for taking a personal interest and following through with everything he said he would and as quickly as he could. … If this had not been approved and he had not taken all these steps, this country would still be without this device. Thousands of people may be saved because of what he did.”