Jesse has been with Pima Heart & Vascular since 2021 and works with the Clinical Response Team. He began as a Surgical Tech where I specialized in Trauma and Orthopedics. Eventually, Jesse became a first assistant and head of the orthopedics team at a small hospital in his hometown. Later, he retrained as a medical assistant and worked in primary care before coming to Pima Heart & Vascular. 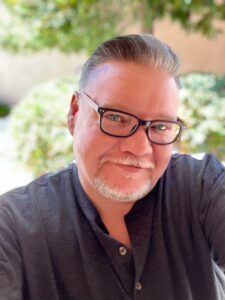 How would you describe your time at Pima Heart & Vascular?

“I absolutely love it. Having worked on tight-knit teams in the past I can appreciate the team approach to everything. There is so much teamwork and everyone pitches in where needed. Just a great environment.”

If you could choose any other career, what would you do?

“I love history, particularly colonial American history through about 1815. It was my original major in college. I am also a huge Clemson Tigers fan.”